The mobile phone industry is plagued by fraud and theft on an organised and international scale, costing billions each year. As the cost of high-end devices increases, so does handset crime. However, attempts to stem these losses have simply not kept pace with the devices they’re designed to protect. Until now.

The scale of handset crime is extensive and underestimated. In a recent interview with Eric Priezkalns, RAG Chief Executive, a recent survey suggests that this type of fraud could be costing telecoms companies almost 3% of their revenues. Of this, handset crime may represent as much as 40% of this total. In a trillion-dollar industry, this is a staggering loss.

And, according to Eric, this is probably the tip of the iceberg since handset crime is an underestimated and underreported issue. In the UK, about 400,000 devices are reported stolen each year, but it’s probably 2 to 3 times that number. In Peru, approximately 2 million devices are stolen each year; in Mexico 6 million; and in Brasil 8 to 12 million.

The sheer extent of the problem is difficult for the industry to grapple, and this is partly due to the international and organised nature of it. The criminal masterminds behind it tend to base themselves in one country, while their foot soldiers operate in another. Efforts by police and law enforcement agencies inevitably focus on the national problem and not the global one. Shutting down a criminal operation in one country simply results in it setting up in another. Therefore, the problem is tackled at superficial level or shifted, not solved.

Take for example the US Department of Justice’s pursuit of a criminal in 2019 who paid $1M in bribes to employees of a large MNO to unlock handsets or insert malware. One accomplice is thought to have been paid over US $400,000. However, because the kingpins are in another country, efforts to bring them to justice have been thwarted.

In the last ten years, the cost of high-end devices has rocketed. With new smartphones costing as much as US $2,000, and the latest iPhone 12 costing triple the value of the original, handsets have become a lucrative target for criminals and organised crime. Most stolen devices end up being sold in the second-hand or grey market, rather than broken down for parts, because of the high resale value. And attempts to discourage or prevent this from happening have also failed, or have not kept pace with the sophistication of the criminal gangs.

Consider the GSMA’s International Mobile Equipment Identity (IMEI) Database scheme which enables the blacklisting of stolen phones. Every phone is given a unique IMEI number which is added to a global database. If a device is reported stolen, it’s blacklisted and rendered useless in countries that have signed up to the scheme. However, the scheme is voluntary, and many countries have not signed up. This explains why many handsets stolen in the UK, US and Europe end up in Nigeria, Southeast Asia and the Middle East, where smartphone prices can be ten times higher.

Therefore, noble as the scheme is, it’s flawed because manufacturers and countries can choose to ignore it. Furthermore, different countries have different standards, expectations and law enforcement. For example, there are examples of handset manufacturers flouting the rules by reusing IMEIs or producing handsets all with the same IMEI.

Traditional locking mechanisms aimed at preventing devices from being stolen and reused on other networks are also not fit for purpose. These mechanisms have failed to keep pace with the devices that they are intended to protect and are crude at best.

For example, Trustonic recently worked with an operator leaking almost 25% of inventory in their pre-paid mobile phone market, a loss amounting to a staggering $90 million USD per year. The root cause is the ease in which mobile phones can be unlocked from a network, and at scale. Traditional mobile phone locking is notoriously insecure and it’s easy for customers to have a device unlocked, including one with network use obligations.

MNOs make enormous investment into device subsidisation and financing to reduce the upfront costs to customers, with the expectation that this investment will pay off over time.  However, because phones can be unlocked from a network, operators are unable to protect their subsidy resulting in profit erosion.

This poses a dilemma for MNOs who want to attract new customers with competitively priced deals, aware there’s a high risk this strategy will attract criminals who can circumvent their security mechanisms. Credit rejection rates therefore remain high, with some MNOs reporting as much as a 70% customer rejection rate for new promotions.

How do you grow revenue without increasing risk?

Using the Trustonic Telecoms Platform, MNOs can reduce losses resulting from handset fraud, while increasing revenue without the associated risk. The platform achieves this by providing operators with full granular control over a device throughout its lifecycle, including the ability to put a device beyond use. You can use the platform to:

Our platform enables mobile operators to restrict functions or lock a device for non-payment or for infringing the terms of a contract. This ability to nudge customers into keeping up with their payments means that they are less likely to default. Consequently, mobile operators and retailers can adjust their lending criteria to engage with customers who they may not have been able to engage with before, resulting in more connections and higher revenue.

The supply chain can be secured at every point by allowing devices to be locked before they leave the factory and unlocked only when sold and activated in-store. A locked device is worthless to criminals because it can only be unlocked using a secure process, removing the incentive to steal it.

The platform ensures customers adhere to the terms of their device insurance policy. Phones reported stolen can be put beyond use immediately, ensuring they have no resale value. The platform also prevents warranty fraud by making sure that only one device is ever unlocked at a time, obliging customers to follow the prescribed replacement process.

Devices can be locked securely to the operator’s network to safeguard the network subsidy. Using the platform, devices are bound to their modem cryptographically, making it almost impossible for the device to be unlocked from the network other than by the operator.

Handset crime is an extensive and complex issue which demands a robust and intelligent solution.

Given the extent of the problem and the significant losses resulting from it, addressing it makes good business sense because, as our customers have seen, the cost of implementing our solution is but a fraction of the amount lost to theft and fraud.

Listen to the conversation with Eric on our Inside Track podcast here.

At Trustonic our Telecoms Platform helps Mobile Operators reduce the risk of bad debt and missed customer payments, allowing them to accept more customers. Find out how we work with Mobile Operators here or get in touch below.

For information about RAG, visit riskandassurancegroup.org 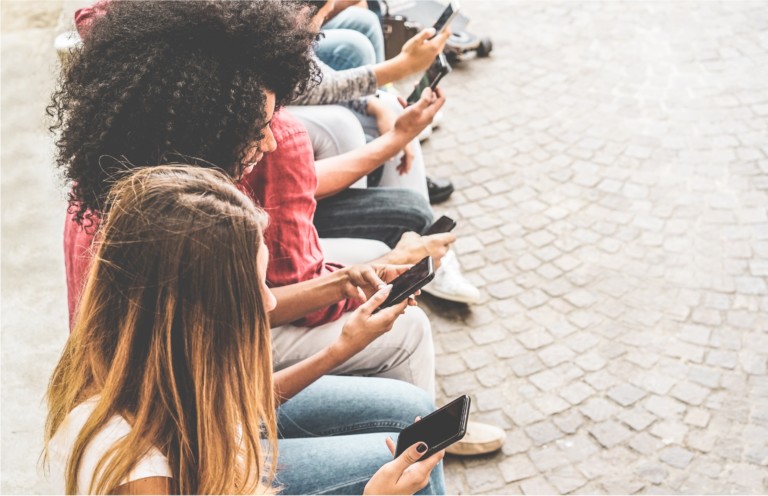 The need for protection in a smart home